The Formula-1 issued a draft of its official racing calendar, which is unique because of the locations and the starting series. And generally speaking.

First of all, it seems that the racers will have an unusual;;y long season. The second aspect is the real surprise: This season saw the return/entrance of several tracks, popular amongst the racers and the fans. Vietnam saw the building of a ready-to-be-used F1 ring, etc. Yet, these are missing from the current calendar… Yet, there is a shimmering light at the end of the tunnel. There is one free date in April, which might be filled in with Mugello, Imola or Portimao. One thing is sure, the F1 is to return to an old-yet-new location and to visit a completely a new location: Zandvoort dis to make its entrance and the Audi-Arabia based Jeddah is to fill in the calendar with a night race. 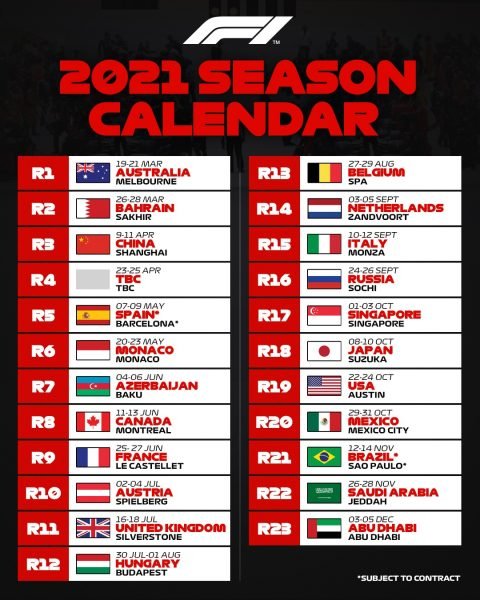 We have our opinion about the latter and also about the neglecting of the traditional rings. However, please note that the Hungarian Grand Proix does not include the F2 race. We are curious about what they will use to fill in the huge gap caused by the lack of visit of the young talents in Mogyoród.. We strongly hope that this will be the least of the problems and that the fans will fill the seats here at home, and abroad.