The race introduction was not without events, since the Michael Schumacher victory record hunting Lewis Hamilton made a childish mistake during the introductive lap, which impacted his entire race.

The British racer performed a test start on a straight section, although this is forbidden in Russia. After the start and by using smooth tires Hamilton got to be first. He was closely followed by Valtteri Bottas and by Max Verstappen who almost overtook him. Only a few curves away Carlos Sainz left the track and while trying to get back on it as stipulated in the rules, he bumped into the wall. Battles were going on in the back as well, where Lance Stroll and Charles Leclerc encountered – the Canadian driver got to be the unlucky one and beside Sainz, the Russian Grand Prix was over for him as well. 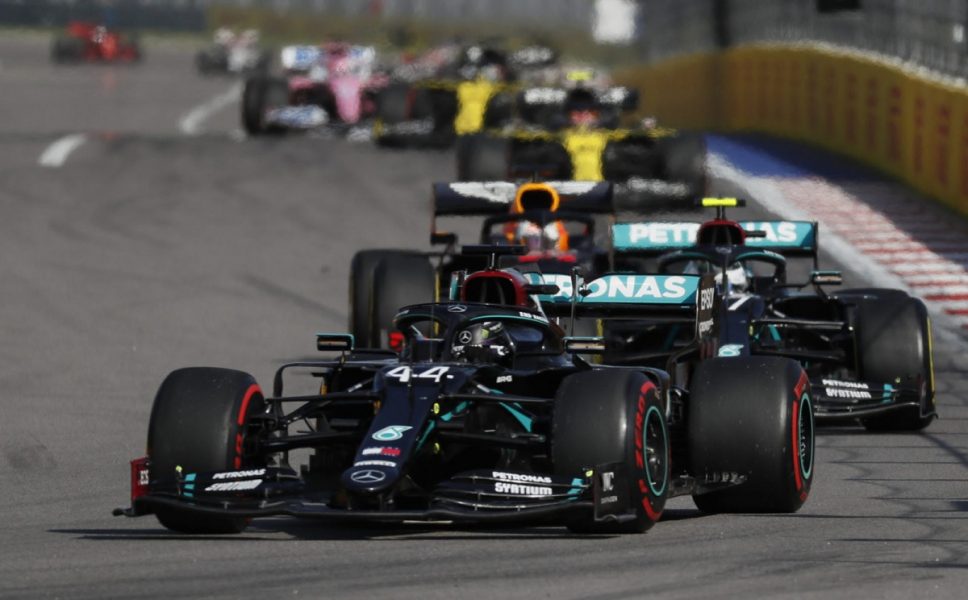 After six laps the safety car intervened, and during this intervention many opted for a tactical pit-stop. The restart favored mostly Lewis Hamilton and then, a little later the radio notification arrived according to which the referees decided a 10 seconds penalty because of his unacceptable practice start.

Bottas seized the opportunity: The Finnish racer stepped on the gas and without considering the tires he ran the laps pretty fast and thereby ensured himself a comfortable advantage. The duel going on behind him was fought between Verstappen and Esteban Ocon. Out of the two the Dutch racer was the more dangerous one, thereby posing a real threat to the Mercedes in front of him, at half race being called to the pit-stop for tire replacement. Bottas and his team reacted accordingly and opted for tires that are more resistant. The racer number 77 managed the situation well and increased his advantage. 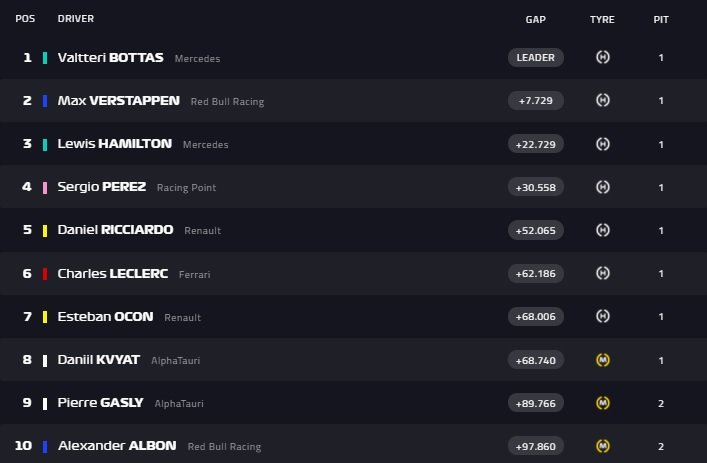 During these events the upper section of the middle top witnessed harsh battles fought by Sergio Perez, the two Renault racers and Charles Leclerc, who managed to get between them in the second part, thereby trying to advance as much as possible. The racer from Monaco kept calm and gathered some points. However, the day was about Valtteri Bottas, who focused only on the race and seized every opportunity without any drama and while focusing only on speed, he overtook Verstappen and Hamilton and won the Russian Grand Prix.