Once again, we say and write: No reason for panic. Although half the World was shocked by Honda’s plans to leave the Formula 1 at the end of 2021, this news did not come ‘out of the blue’.

Within the press conference held today in Tokyo, Honda announced its unanimously taken final decision. They said that their F1 participation had given them lots of experience, due to which they have managed to become more competitive, however, because of economic reasons they plan to take a leap into the great unknown. This was somewhat expected, since Honda had issued several warning in this respect: There are aspect in case of which they disagree with the Formula 1. After signing the Concorde contract, these voices seemed to become silent; then the bomb went off…

‘Due to the strong support received from Red Bull and Alpha Tauri, Honda reached its target, by landing several times on the podium and celebrating victory five times. In the meantime, the automobile industry is subject to changes occurring worldwide; therefore, we have decided to dedicate ourselves to our new aims, that is, to realize carbon-neutrality. We plan to get there by the end of 2050. 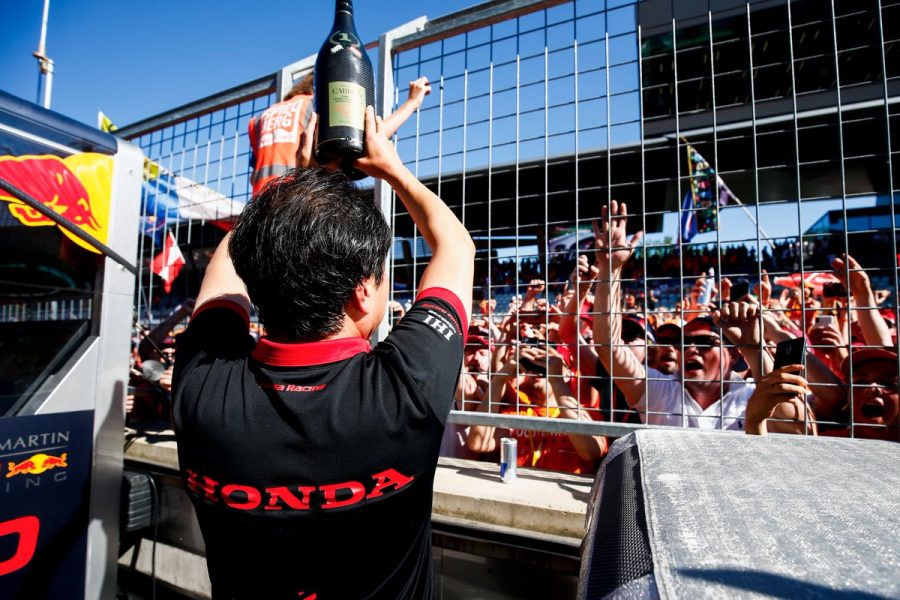 Hence, we need to regroup within the company, in order to identify the resources and to research and develop the technology required. In the future, we wish to manufacture fuel cell-based, battery-based and carbon-free products. Our department dedicated to this project is already up and running and our work will be based on our F1 experience and knowledge.’ – stated Honda.

The Japanese manufacturer stated that they wish to say farewell in a fashionable way (i.e. with the World Champion title); they are to seriously step on the gas. We do not know the reaction of their two partners, we assume that they had been made aware of these plans, and therefore had already taken the steps necessary for the measures to be announced.

Because of this Red Bull Racing and Alpha Tauri may fall in the same gutter, by having no choice but to revert to the formerly used Renault resources (In the future the French are to deliver engines only to Alpine, so they are open to resuming the partnership). However, both teams are to further participate at the races. A good reason to be happy about something…