After a rather drowsy, dragged-out first twenty laps, us viewers were treated to a quite action-packed race, as well as sporting history. With his 91st win, Lewis Hamilton has tied Michael Schumacher’s record for most won races, and Daniel Ricciardo led Renault to their first podium finish since the team’s return.

Before the race, the German duel seemed as if it could have multiple outcomes. In addition to Valtteri Bottas and Lewis Hamilton, Max Verstappen also started the race with more than just a small chance at victory. Despite the prognoses, the weather wasn’t a factor in the race, the Nürburgring greeted the teams with cold, but dry weather.

At the start, Hamilton proved to be more vigilant than his rivals, and it seemed that he’d be leaving his teammate in his dust in the first corners already. However, Bottas attacked and managed to keep his starting position thanks to his aggressiveness. At first, there weren’t too many changes behind the two, it seemed that the racers were settling into their positions. Only a pebble hitting Romain Grosjean on the hand brought a little excitement to the race. Then it was like Sebastian Vettel gave a new start signal: after the German spun off, it was like new life was breathed into the race. 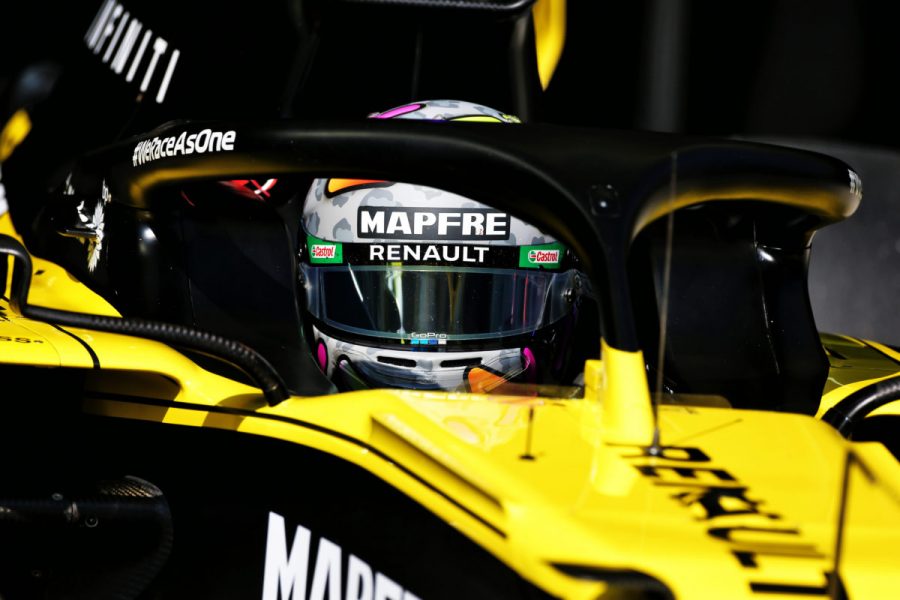 Bottas botched the braking getting out of a curb, and simply tossed the victory to Hamilton. In the meantime, there was no shortage of excitement toward the back either. Kimi Raikkönen got tangled up with George Russel, the Finn pushed his colleague off the track, forcing him to quit the race. After the virtual safety car phase and the pit stops were concluded, came the really scary part: Bottas’ engine failed. The Finn wasn’t the only one dropping out though, Alexandre Albon was also forced to say goodbye early, after a collision with Daniil Kvyat.

During all this, Scuderia Ferrari was fighting hard, but the main goal could not have been anything more than getting a hefty amount of points. Charles Leclerc was the one doing better again, who was ahead of his four-time-world-champion colleague, even after two pit stops. The McLarens also fought hard for better positions, however in the end, this was only achieved by Carlos Sainz, since Lando Norris was forced to make a stop due to technical errors. In fact, this moment could have proven to be key (it didn’t…), since the safety car came on due to Norris’ car being parked in the wrong spot. Everyone rushed off to the pits to change tyres, but the situation proved mostly unfavourable to the pilots ahead, who had a hard time keeping their tyres at operational temperatures/warm. 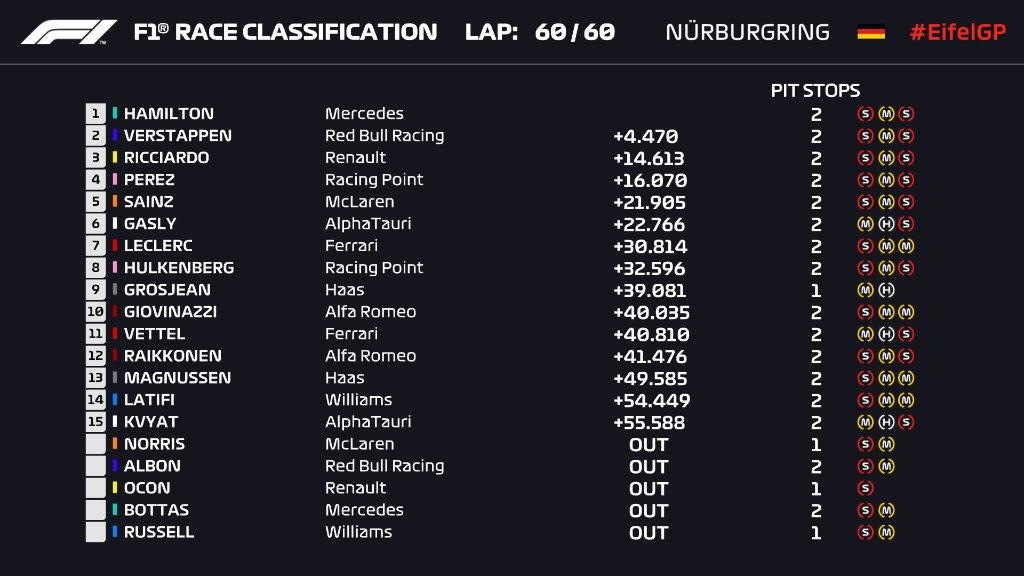 The restart could have been Max Verstappen’s big chance, similarly to Sergio Perez for getting into a better spot, having showcased great pace at Racing Point. This, however, was not meant to be in either case, the expected fireworks were cancelled, and there were no significant changes in placement compared to before the safety car phase. The race was won by Lewis Hamilton, followed by Max Verstappen and Daniel Ricciardo. Moreover, with this win, Hamilton also silently brought home the 2020 World Championship…