The qualifying took place in the same conditions as the only free practice of the weekend. There was only one surprise: Then number of the retuning fans is growing.

Nothing helped the racers; there were no tire problems either, nor any drama. It was no surprise at all that during the Q1 the first to leave the track was Racing Point, Lance Stroll being replaced by Nico Hülkenberg, doing his best to gain some experience…

As expected, the German also failed with his tricks; therefore he starts tomorrow from the last position. The really unusual events were the qualifying of one Haas and the outstanding result of the Alfa racer Antonio Giovinazzi. Romain Grosjean, Kimi Raikkönen, the two Williams racers and Hülkenberg failed to qualify. 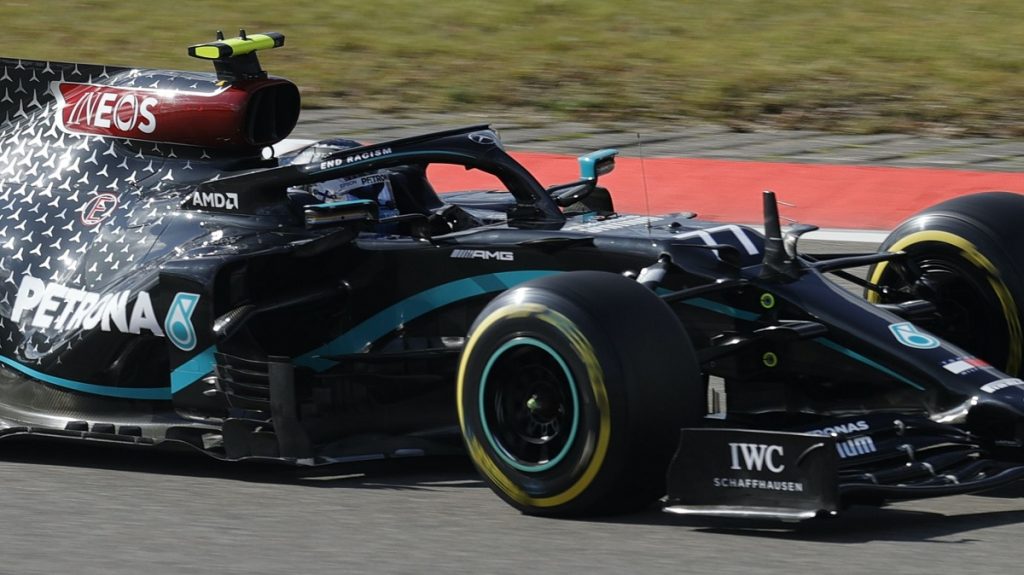 Q2 was somewhat more dynamic, Lewis Hamilton showed middle performance, being followed by Max Verstappen and Bottas. This was the leading trio. This time, the surprise was delivered by Charles Leclerc, who in the last moment managed to disqualify his teammate. Renault and McLaren came in pretty strong during the second part, contrary to Kevin Magnussen and the two Alpha Tauri and Giovinazzi, who all had to leave the timing training.

Q3 already indicated the usual final picture, i.e. it became obvious that contrary to all obstacles, beating Mercedes is indeed a challenge. Verstappen gave reasons for hope during the first lap, however Bottas came in pretty strong, and during the last two laps he overtook the pole position form Hamilton and Verstappen finished third. The real surprise was delivered during the afternoon by Leclerc. The racer from Monaco brought the currently ill Ferrari to the fourth position. 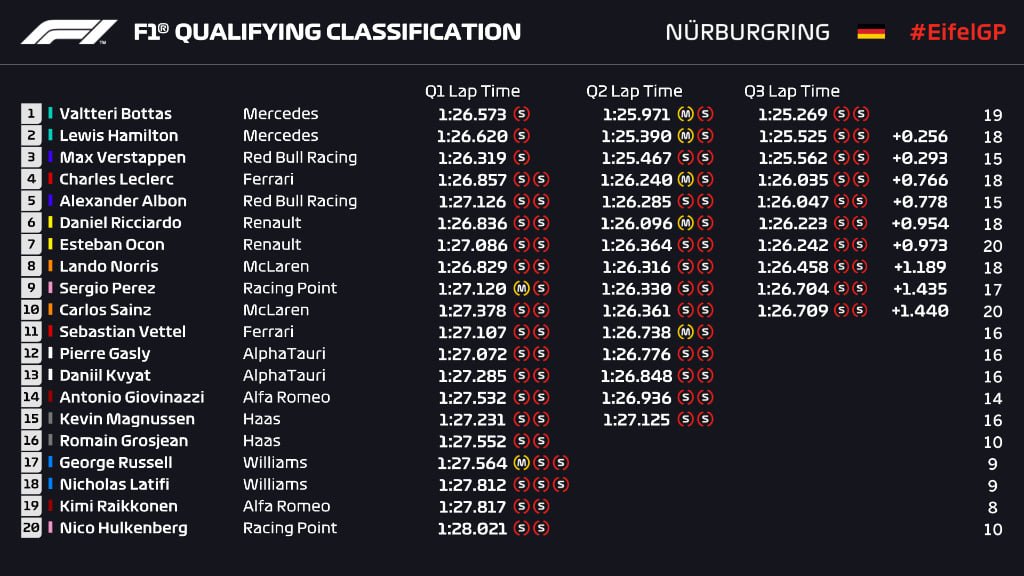 What will Sunday bring us? Changing weather and the chaos resulting from it – hopefully…