No surprises, one or two switched places and one or two interesting facts – a short description of the timed training within the season’s third Italian race. Victory by Valterri Bottas.

During the timing following the only free practice everybody expected a huge mix-up, since every few racers had experienced Imola before. Of course, this is not the case of the Mercedes racers, however this was hardly visible in their rhythm, the Q1 being dominated alternatively by Bottas and Lewis Hamilotn. They were the uncontested leaders, everything went as usual, the only surprise being provided by the powerful performance of Pierre Gasly and George Russell. In the back, the first ones to leave the race were the usual ones, i.e. the two Haas, the two Alfa Romeo and Nicolas Latifi. 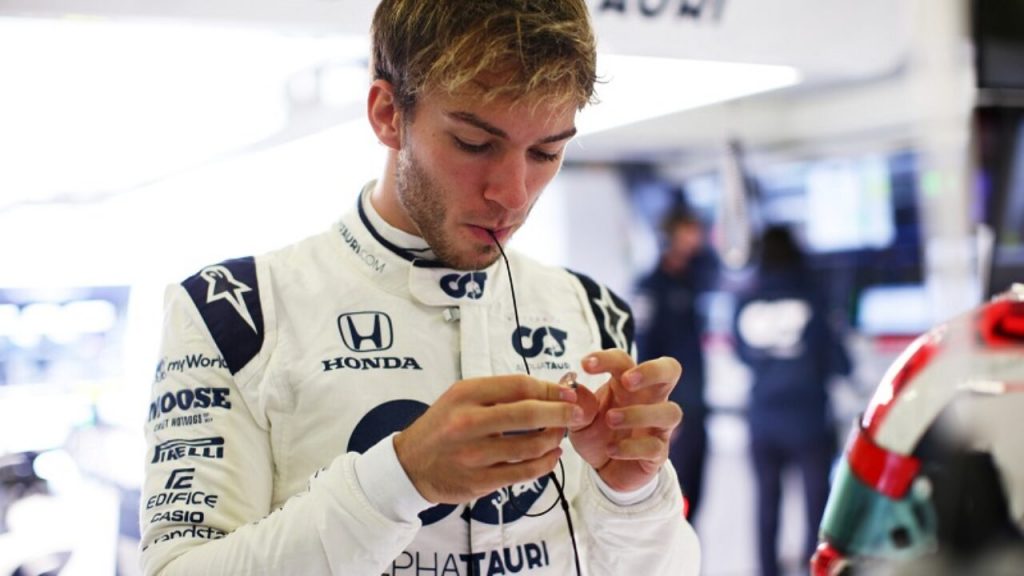 During Q2 Bottas was once again unstoppable and due to the mixed tires he managed to gain significant advantage in front of his teammate. The great teams’ tire technique proved to be efficient only at Mercedes, whereas the ones to suffer were Ferrari and Red Bull. Max Verstappen did have reasons to worry, he had to pull over because of loss of engine power, yet during the last few minutes he still managed to run the laps needed for qualifying further. In an unusual manner, the ones to lose the game were the two Racing Point racers, Sebastian Vettel, Esteban Ocon and George Russell, who finished right before Vettel. 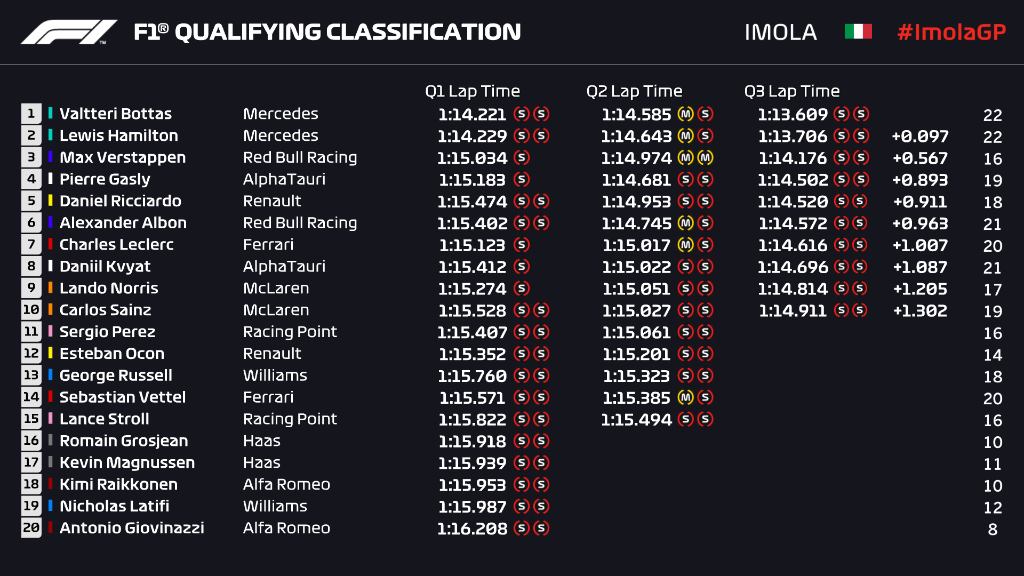 Because of the demoralizing advantage gained by Mercedes, the single question dominating the Q3 was which Mercedes racer would finish on the pole position. This time, the victory belonged to Valterri Bottas, who after bitter fighting managed to surpass his teammate, thereby being the one to start the Emilia Romagna  Grand Prix in front of the Hamilton – Verstappen duo. At the beginning of our article we wrote about some interesting events: Pierre Gasly’s results were outstanding. Consequently he is fourth. Great results were achieved by Daniel Ricciardo as well, starting fifth, (Charles Leclerc landed seventh, before the ill Ferrari, yet this is not a surprise). Daniil Kvyat’s landing in the Top 10 is another aspect worth mentioning!