The setting of records is close: Lewis Hamilton ins unstoppable on his way of becoming the World Champion of this season and in many aspects he is way above the German legend. Therefore, the ever valid tricky question comes up again: WHO IS BETTER? The Spanish superstar decided to be part of this debate.

Next year Alonso is to return behind the wheels of Renault and according to him, although Hamilton’s results are the same, or better as Schumacher’s the latter will always be the better. Let us not forget, that Alonso may be called in this field, since he raced against both in his battles for the World Champion title: 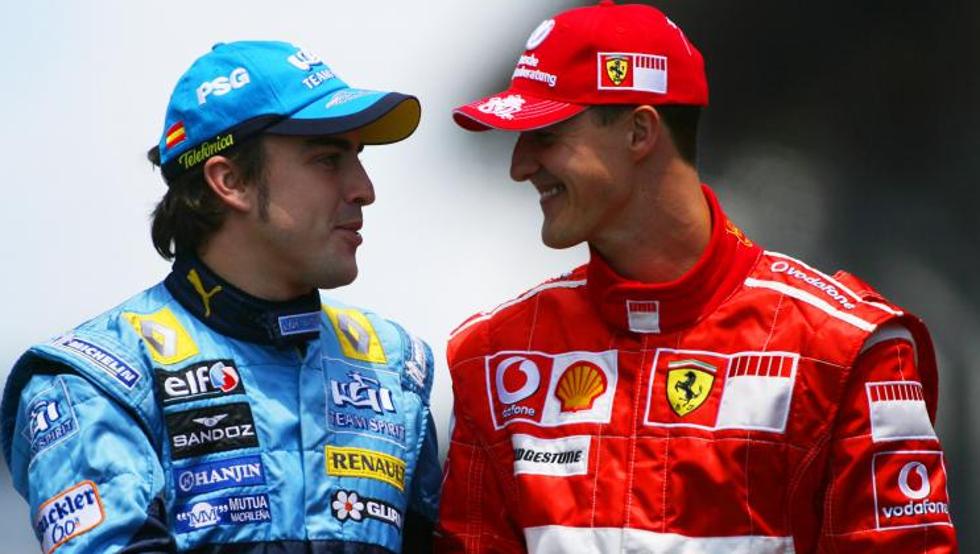 ‘Michael was an awesome racer in every respect, however, Hamilton is also great, the top of the tops of his generation. In case of Michael none of his teammates could ever defeat him, while Lewis was defeated by Jenson Button and by Nico Rosberg as well – the latter won a World Championship against him as well. This is why Schumacher is better, in my opinion.’ – stated the two-time World Champion, raising the stakes in an already dynamic atmosphere.

Please write us your argumented opinion on who is best racer!

The post Fernando Alonso On Who Is Better: Michael Schumacher vs. Lewis Hamilton appeared first on the Formula 1 news portal by FansBRANDS.