As the time to “pass the torch” is slowly creeping up, Lewis Hamilton is more and more in the limelight. This time, however, it wasn’t anyone else comparing his work with that of the German icon, he himself was the one sharing his thoughts.

The camp of naysayers always trying to diminish Hamilton’s merits frequently hold it against the Brit, that while Schumacher built up Ferrari on his own, he just kind of got the whole thing as is. The Mercedes pilot added his own thoughts to this notion:

“Many people said that Michael took Ferrari to the top all on his own. But success is never the merit of only one man. I wasn’t the one who redeemed Mercedes, like he wasn’t the one who did Scuderia. However much I love Michael, however big a legend he is, the team’s success is the result of teamwork. A huge amount of people work in the background to achieve it, and cooperation is essential. Us pilots are the ones sitting at the wheel, but without a team, we have no car to drive. 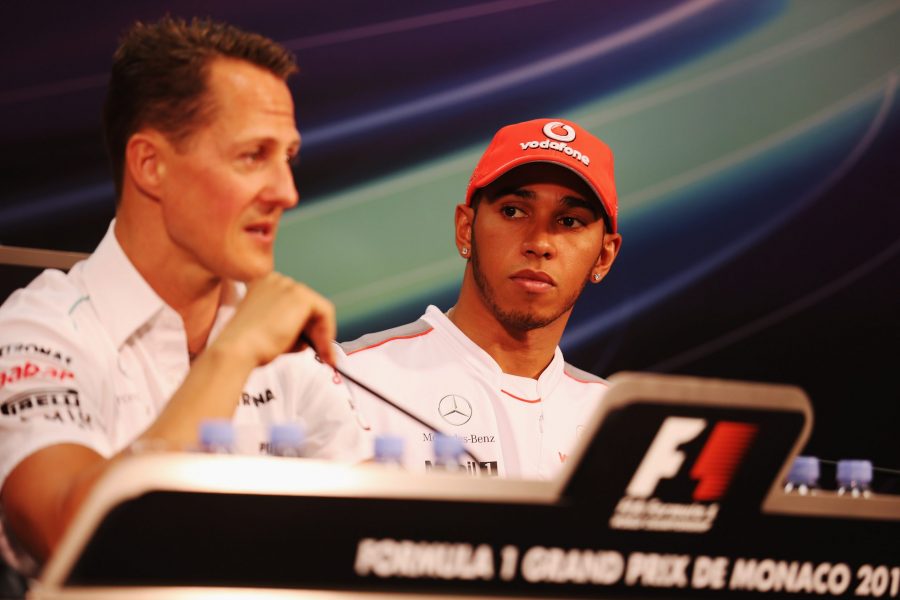 Technology is essential, and it’s improved a lot in the past years. However, the perfect car can only be taken to victory by the human factor, and neither Michael, nor I, nor anyone else can be simulated or replaced… Our job is to take the lead and provide good feedback to keep the paddock where we work on the right track. We need to motivate and inspire the team to improve, and in the meantime, to not forget that without them, we’d be nowhere.”, said the six-time defending World Champion, giving his two cents on the matter.