Lewis Hamilton made a surprising statement after his victory. The British racer stated he would like to be on the rings next year as well, yet there is no certainty, that the situation would remain the same. His statement came a s a cold shower to his fans and to the world of Formula-1, split because of this.

While Mercedes enjoys a true series of success and is more dominating than ever, several key-figures’ situation is yet uncertain. It is no secret that Toto Wolff is to retire at the end of the year; he confirmed this during the weekend as well. When asked about who would be a suitable replacement, Lewis Hamilton gave a surprising answer:

‘I have no idea whether I will race in the future. Therefore, I am not particularly interested in his successor… November is here, Christmas is just around the corner and the season is coming to its end. Yet I still feel fit and I would be able to race for a few months more. Yet, just like Toto, I am also considering the possibilities following my career here. I am considering tons of possibilities. Many good things are running in my head, many good things are on their way. I would like to race next year as well, yet there is no certainty. Time will tell.’ 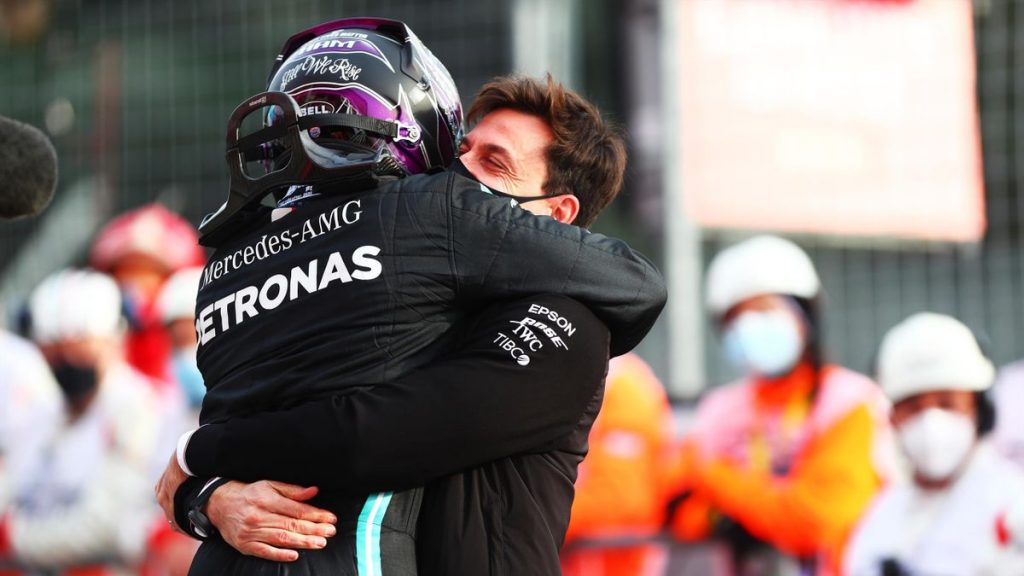 According to Martin Brundle, Hamilton is playing with the public and does not consider the possibility of doing something else, especially the possibility to retire. On the contrary, he is stimulated by the records to be yet broken and by the desire of becoming the best racer ever.

Who should we believe now?

The post Lewis Hamilton – I May Not Be Around Next Year… appeared first on the Formula 1 news portal by FansBRANDS.