Following his victory at the Portugal Grand Prix Lewis Hamilton became the uncontested king of Formula-1 – from the point of view of the won races. Rivalry or not, battles or not, he is admired by his fellow racers as well.

EThe first one to congratulate was Valtteri Bottas, who was so many times disadvantaged by Hamilton’s victories. Contrary to this, the Finnish racer still expressed his admiration:

‘This shows great performance, I am his fan. Lewis became part of the motorsport history, although may thought that he would not be able to such performance or to beat this record. Yet he trusted this would be possible and he did it.’ – stated Bottas with admiration.

Max Verstappen, who is attempting to the throne, stated that the British racer is outstanding and that this not the end:

‘His results are unbelievable. It is even more unbelievable that this sin not the end… It is highly possible that he will stop way beyond 100 and that he will beat Michael Schumacher’s World Champion records as well. This really motivates me! Everybody is aware of his speed, yet he got so far not only because of this: The key is his balance. He makes very few mistakes; this is the key of his success!’ – praised the Dutch racer the record holder. 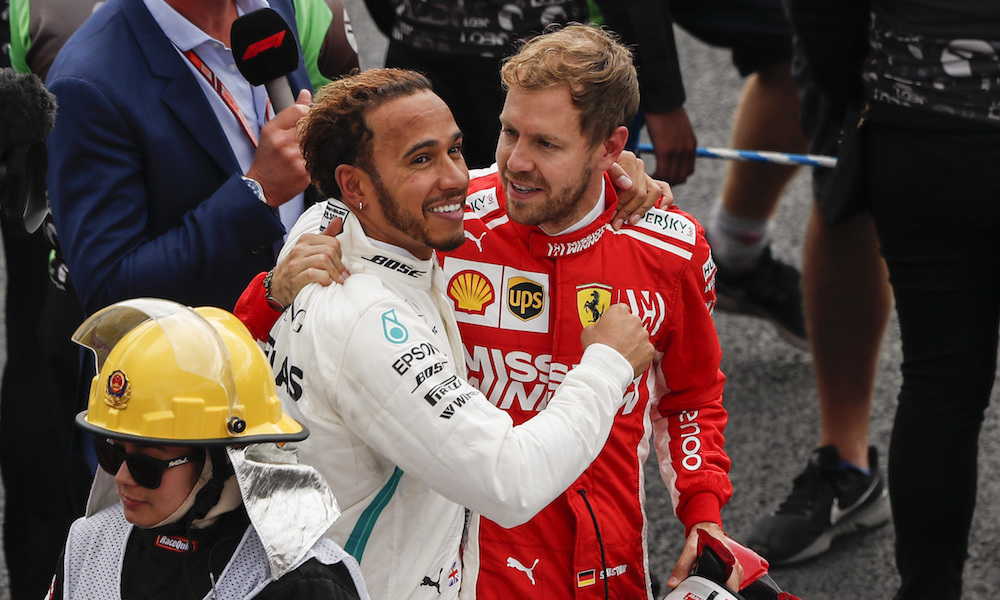 Sebastian Vettel did not only congratulate, but also voted for Lewis Hamilton’s success:

‘He deserves all his victories. There is nothing much to add to these results, I am sure that he will go beyond 100, without any problems. Before the race I texted him and wished him to reach his 92nd victory! His results just cannot be praised enough.’ – stated the four-time World Champion.

The post Lewis Hamilton Praised By His Mos Fierce Competitors As Well! appeared first on the Formula 1 news portal by FansBRANDS.