The record with which Lewis Hamilton would beat Michael Schumacher in the race for the title of most successful Formula 1 pilot of all time hasn’t even been set. But there’s already someone who said he would even beat the former.

The brave contender is none other than the son of the current record-holder (when it comes to world championship titles), Mick Schumacher, Michael’s son. The young pilot currently honing his skills in F2 will become an F1 pilot starting next season, and he’s already set some very serious career goals for himself:

“One of the most important things that my father said was that records are there to be broken. Everyone tries to, it’s everyone’s goal in this sport. Lewis is on a very serious streak, his fight to beat the record is very good for Formula 1. At the same time, if I get into F1, I definitely want to go above and beyond him.”, said Mick with unshrouded optimism. 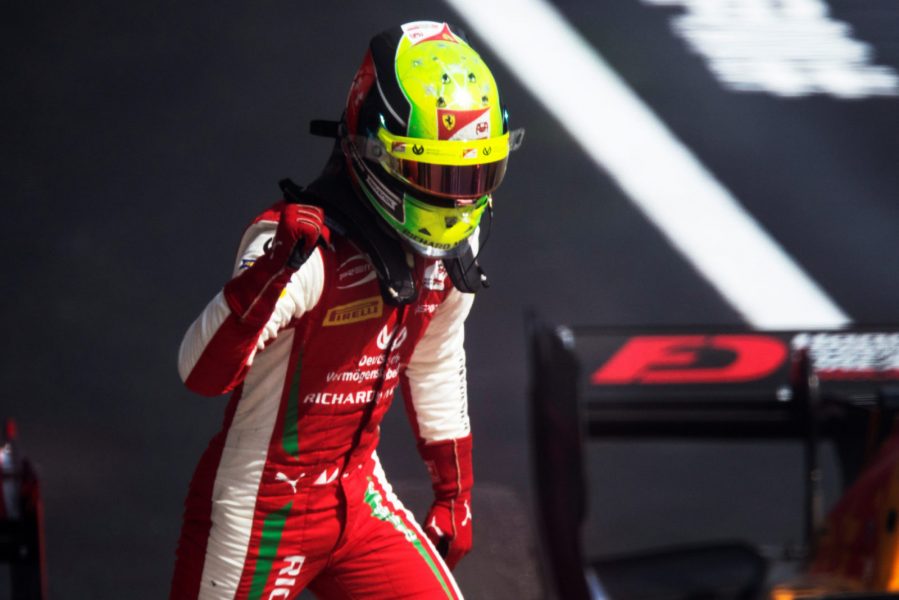 It might be us, but we still cannot see that smashing force in “Little Schumacher”, with which he would achieve all these brace goals…