In Portimao the opening belonged to the German team. Portimao was visited by the Formula-1 competition for the first time. There was everything: Smoke, fire and fierce looking.

After 24 years, the Portugal Grand Prix was organized again, during the first free practice the racers were facing serious challenges caused by the mechanical adherence. After lots of sliding, and spinning and after the mixing thereof, Lewis Hamilton of Mercedes took the lead from the so far toughest tires using and fastest driving Carlos Sainz. 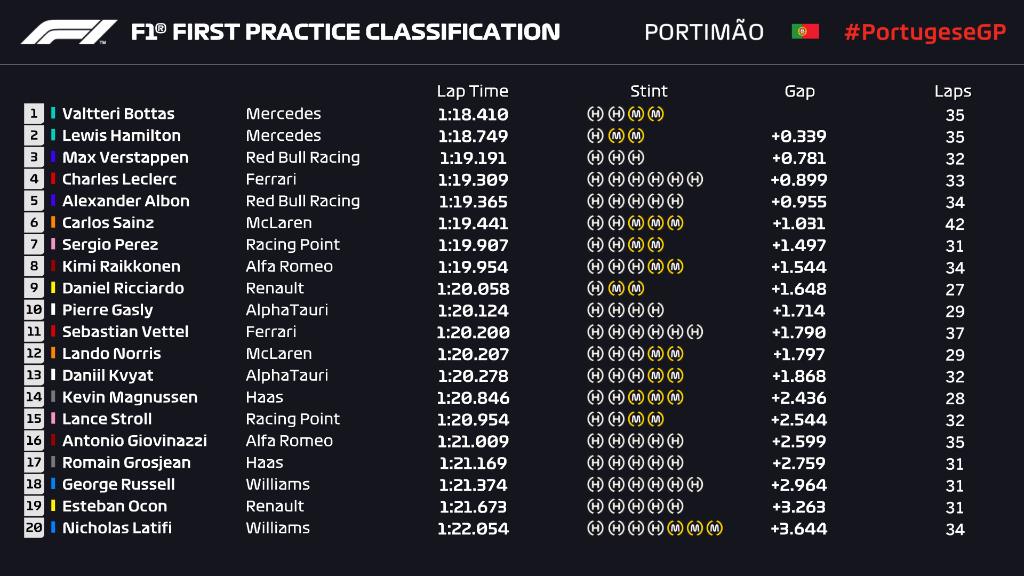 The Spaniard was first in one case, namely the racer driving the most laps on the unknown ring. Although Hamilton was one of the few sensing the rollercoaster-like ring, the free practice was won by Bottas, in front of his teammate and in front of Max Verstappen.

The second free practice ended with similar results, yet it was more interesting, then the previous one. While Bottas took the lead, Hamilton showed less performance. During the first 30 minutes of the training, the teams fulfilled their obligations towards Pirelli and tested the tires planned for usage in 2021. After this it started raining with laps and times and with events, of course. At halfway the race was halted because Pierre Gasly’s Alpha Tauri stopped, then it caught fire. After fifteen minutes of rescue the training went on, yet the red flag was used again, soon enough: Max Verstappen and Lance Stroll got mixed up. Verstappen landed second behind Bottas and to everybody’s surprise Lando Norris conquered the third position. 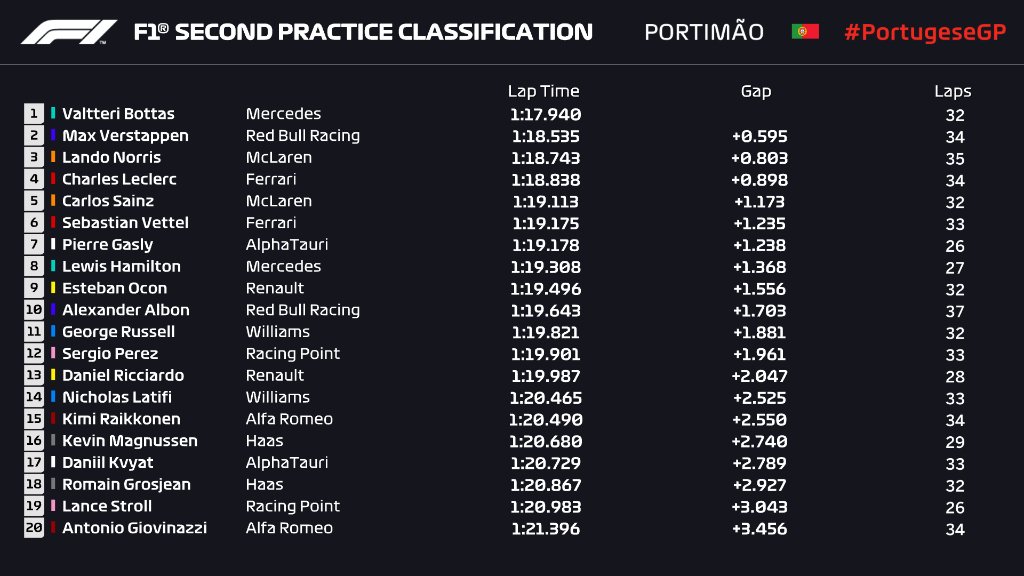