New ring, red flags, yet none of these mattered on the third free practice and the qualifying dominated by the German team.

During the third free practice, Valterri Bottas ran the reference time and it seemed that he would have the best chances during timing. The Finnish racer was faster than Hamilton, who had run Friday’s best lap, yet Lewis Hamilton did not seem to be up to the game. Yesterday the British racer lost a lot of practicing time and even more precious minutes before the qualifications. Max Verstappen profited from the situation and closely followed the two black arrows. One of the interesting aspects of the third race was Sebastian Vettel’s meeting with a drain cover and Pierre Gasly landing fourth. 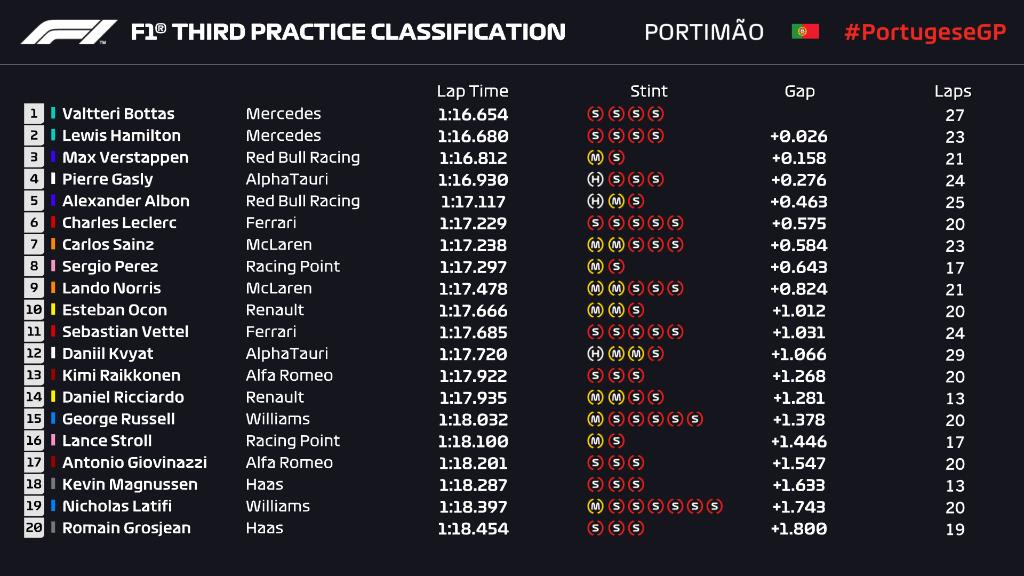 These events were followed by the timing within which the Q1 showed a Lewis Hamilton returning form the weak. The British racer quickly took the lead thereby being closely followed by Max Verstappen and Valterri Bottas. The first ones to leave the race were the usual two Haas, the two Alfa Romeos and Nicolas Latifi.

Q2 was dominated by Bottas, who managed to overtake both Hamilton and Verstappen, clearly indicating his qualification goals. His back saw the bitter battle fought for the third position by Sergio Perez and Charles Leclerc; the McLaren racers were to start from advantageous positions. The last one to get into Q3 was Daniel Ricciardo, who was only one inch close to finish his Renault for good, his drifting was followed by a crash in the wall. The ones to lave were Esteban Ocon, Pierre Gasly, Daniil Kvyat, Lance Stroll and Sebastian Vettel. 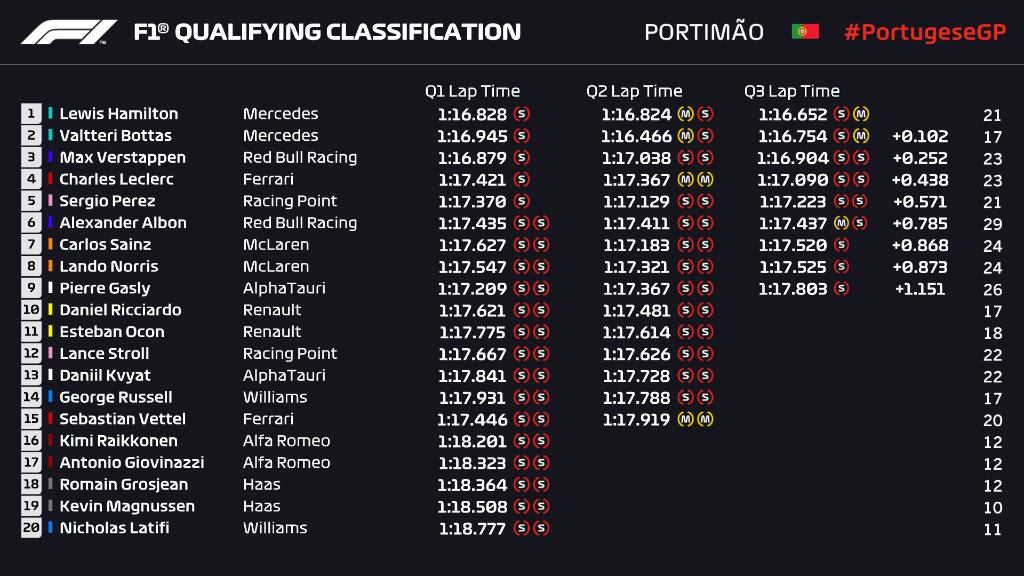 The Q3 was as usual as it gets, the only unusual component being Leclerc landing fourth. After fighting a tough battle Hamilton managed to overtake Bottas and Verstappen was third once again, the rest of the list showing no significant changes.

The post Portimao Dominated By Mercedes – Hamilton In Pole position! appeared first on the Formula 1 news portal by FansBRANDS.