The first race opening of 2020 with numerous public is over. The Sochi ring hosted 30.000 dedicated fans and we hope that this number will only increase in the future.

During the first thirty minutes, the presence of a public was more important than the events on the ring. However, when every started to means business, a series of crashes followed: First Carlos Sainz smashed his McLaren and destroyed its wing in the second curve; soon Nicolas Latifi copied the Spaniard’s performance. The practice interrupted with the Red Flag was dominated by Valtteri Bottas, while his teammate faced technical issues. Consequently, in a very unusual manner, he landed on the second to last place. However, it is to be mentioned that the British racer implemented a race simulator, also contributing to the 19th place.

Towards the end Bottas overtook Daniel Ricciardo, Max Verstappen and the two Racing Point racers and finished the morning by conquering the pole position. 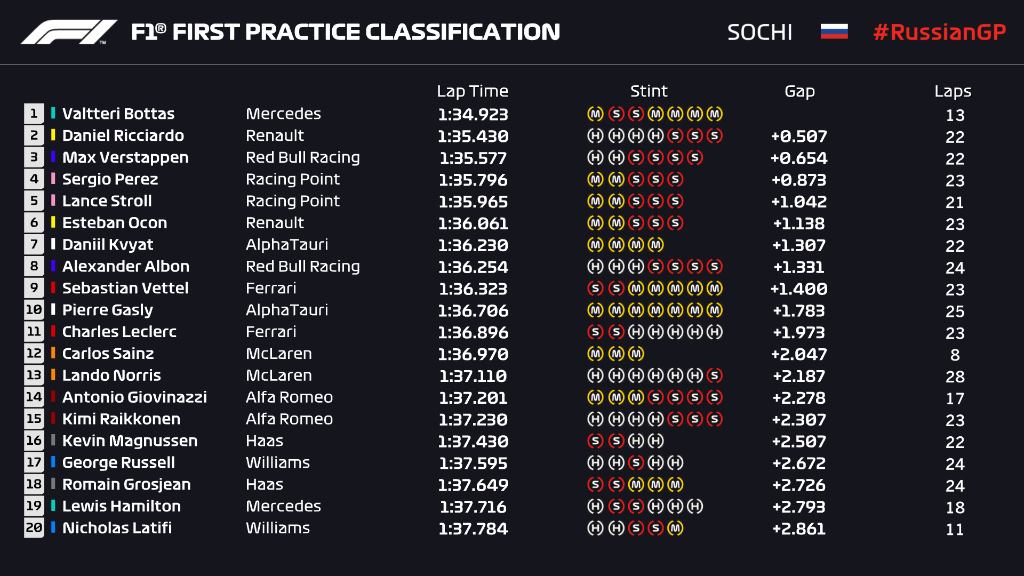