The weather looked rainy; however, the rain did not come to the Sochi Ring after all, where the ‘crowd’ was eagerly waiting for the timed practice to start.

Q1 was pretty eventful, however, certainly not in the top zone, where the two Mercedes racers took the lead, being surprisingly followed by Daniil Kvyat, arriving third with his Alpha Tauri. During the weekend, the Russian racer drove the fastest third lap. The results of George Russel from Williams are not neglectable either. Once again, Russell managed to get into the second round of the timed practice and managed to overtake both Ferrari racers. The disqualified racers and teams were the usual ones. The two Haas, the two Alfa Romeo, and Nicolas Latifi – they had no choice but to take an early goodbye. 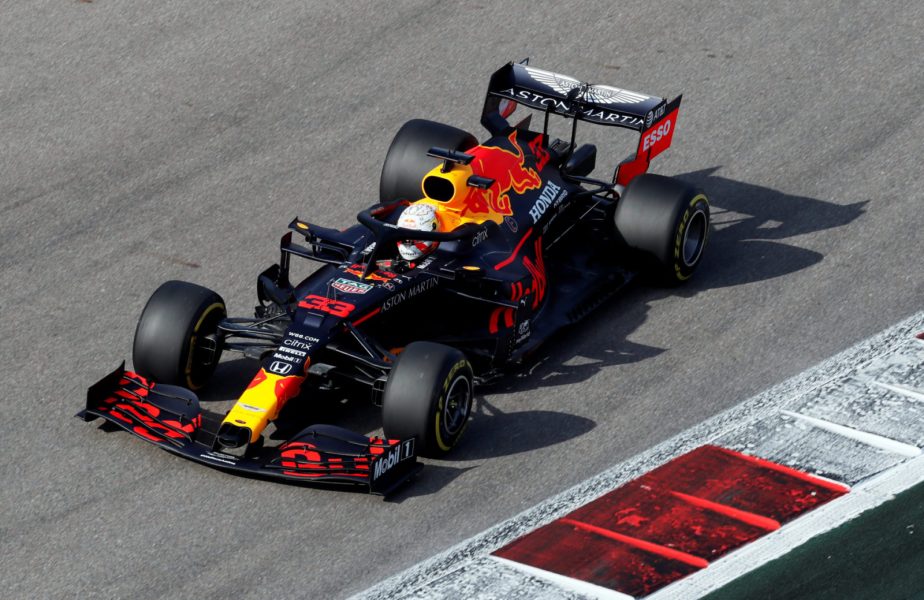 One of the most interesting events of the Q2 was that following the Q1, Lewis Hamilton was bereaved from another lap. The British racer left the track again and to many people’s surprise the second part was dominated by Daniel Ricciardo, Carlos Sainz and Sergio Perez. Further attempts followed, during which Sebastian Vettel made a huge mistake and crashed his Ferrari thereby bringing the practice to a halt – furthermore, it is to be mentioned that the German racer hitting the wall dragged Hamilton in the danger zone and almost caused an accident to Charles Leclerc as well, who was closely following him at high speed. Following the restart, Sainz and Perezdid not manage to get in the second round. While Leclerc, Kvyat, Vettel and Russell disqualified, Hamilton saved his own qualification and after taking the speed lap on time, he managed to land on the fourth position. 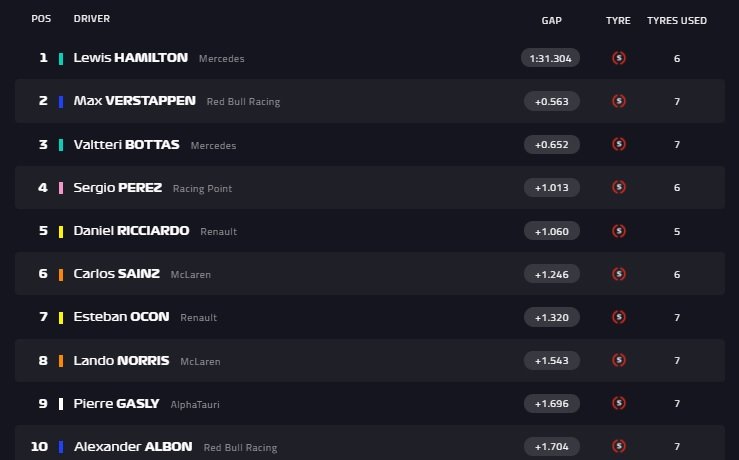 The Q3 was rather calm during which the Hamilton-Bottas-Verstappen trio landed on the first three positions; then the surprise followed: Although Hamilton could not be bereaved of the pole position, Verstappen managed to conquer the second position, thereby separating again the two Mercedes drivers. Sergio Perez was fourth and was followed by Daniel Ricciardo, clearly indicating that from now on Renault also wishes to be part of the big game!