The FP3 started calmly in the summer-end weather allowing the re-establishing normality (So far).

The first to drive on the ring and in front of the numerous public was McLaren, Lando Norris ran the first timed lap. Afterwards slowly everybody warmed up to work, the racers started taking their laps and thanks to Bottas, Mercedes soon conquered the first place. The last to show performance was Max Verstappen. However, soon enough he drove a time boosting Red Bull to the second place. In the meantime the two McLarens showed up on top of the display several times as well. Similarly to the Woking-Team, Renault also was spectacular during the entire weekend, Daniel Ricciardo and Esteban Ocon often appeared among the first four. The timing race was dominated uncontested by Lewis Hamilton and Mercedes; the second place is to be subject of strong debates. The best candidates are McLaren, Renault, Racing Point and Red Bull Racing, of course. 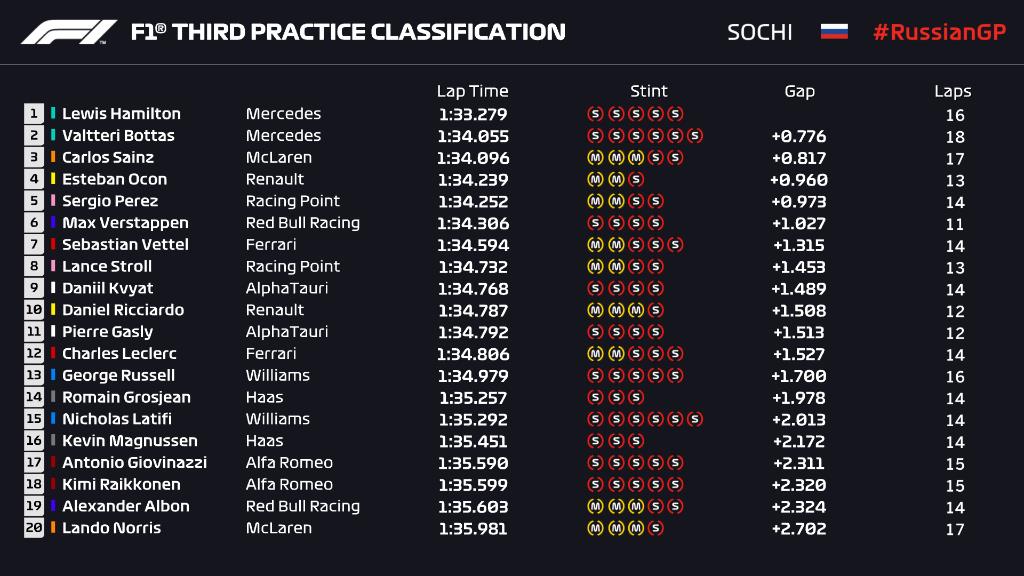