While the German racer has seen much better days, his teammate seems to be unstoppable in breaking the biggest world record of Formula One. Vettel respects and acknowledges this, but at the same time he added something else: Lewis Hamilton can achieve anything, yet he remains on the benchmark.

„I’m sorry that it’s easy for him on the track and I’m sorry that with Ferrari I couldn’t defend  the peaks of Michael Schumacher. Everything is easy for him now, that’s a fact, but at the same time we must not forget that he has worked terribly hard to achieve this state. Lewis deserves all of his success but my hero is still Michael. Nevertheless, of course I acknowledge and I’m even glad for his success.” – said fairly the last German World Champion. 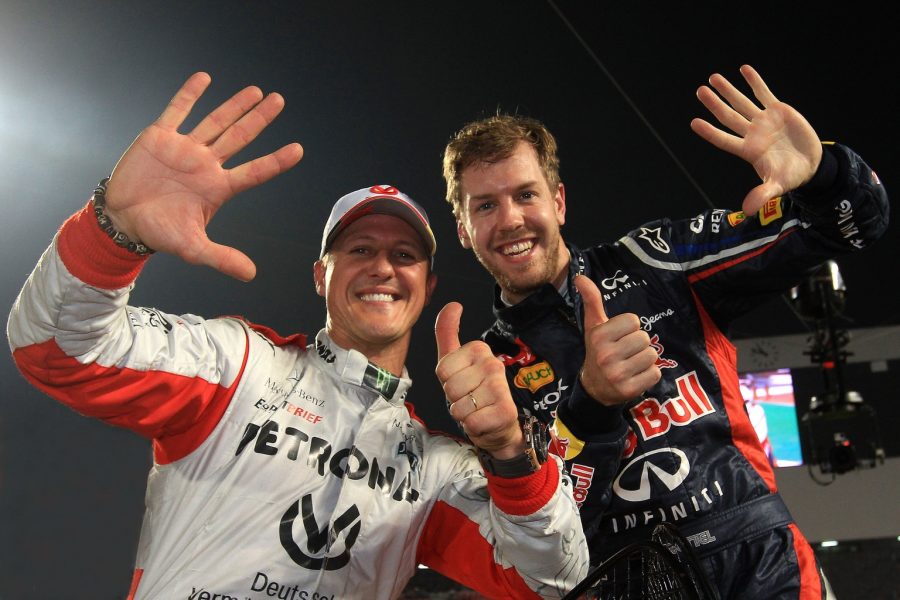 Hamilton also spoke on the case, and he said that from week to week he tops Schumacher’s records, which had long been considered irrefutable:

„It’s actually unbelievable, I feel like it’s not happening to me. It’s clearly a huge privilege to be in this position, and I have such an amazing team behind me.  I have an amazing car that I can drive to the forefront every weekend. I’m eternally grateful to those who work hard to make this possible for me. I’m just a cog in the machine…”