Luck sticks with the good ones: This thesis was proved by Lewis Hamilton this Sunday afternoon, within a slowly starting and interestingly ending race.

No drama during the start. Valtteri Bottas had the best start; Max Verstappen was on the lookout and managed to get near Lewis Hamilton and had his start form the second place. Pierre Gasly had a beautiful start form the fourth place, however Hamilton did his best to stop the French racer from getting in front of him: With a noble gesture he lead him to the marking post. This little show was exploited by Daniel Ricciardo, who took Gasly’s starting place. At the back Sebastian Vettel battled with Kevin Magnussen, thereby damaging the Danish driver’s front wing. Lance Stroll did the same … to himself.

Bad luck never comes alone: During the ninth lap Gasly received a radio message asking him to leave the race… Lap 14 witnessed the replacing of tires. The first one to do so was Antonio Giovinazzi, followed by Charles Leclerc, who tried to overtake Ricciardo. A little later Max Verstappen also pulled to the box, the continued the race with the hard tires. The Dutch racer’s example was followed by Mercedes, and shortly after, Bottas got his hard tires as well. 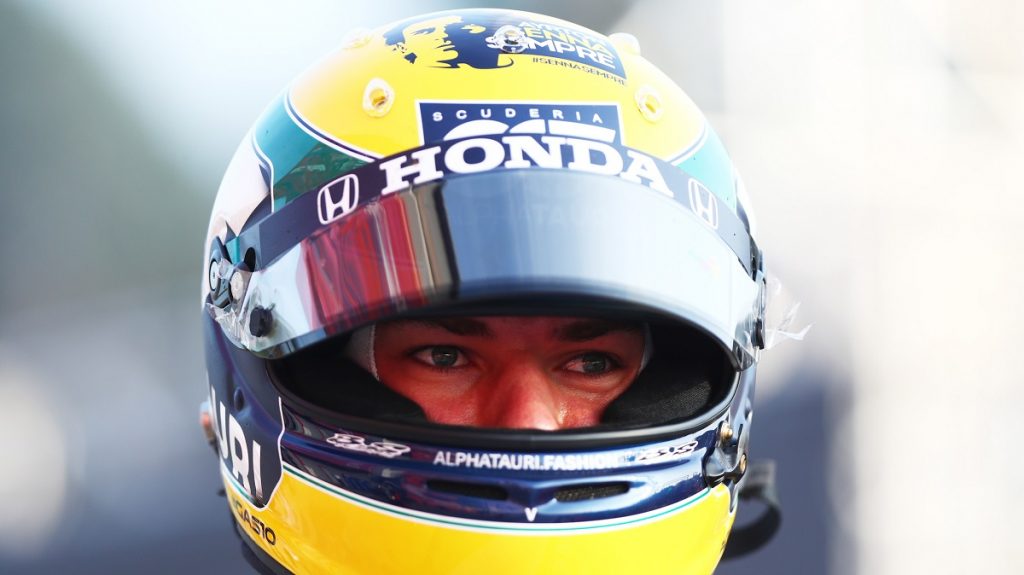 In the meantime, Hamilton took the lead, he avoided the middle tires, thereby trying to extend his race in order to reduce his disadvantage and to be once again part of the game. The British racer continuously drove the fastest laps, while Bottas received the terrifying news that his car’s floorpan was damaged. The Finnish racer lost time in every single curve, whereas Verstappen did exactly the opposite while Hamilton gathered a spare time equal with the duration of a full stop.

Then the usual event of many years occurred again… Hamilton (Speeding like there was no tomorrow) got extremely lucky: Esteban Ocon’s Renault started smoking, forcing Ocon to pull over on the grass. The virtual safety car followed, so perfect for Hamilton, who had to stop, without loss of any time. In the meantime Bottas learned that it was not the floorpan which got damaged,, but it was the collected debris causing his slowing down.

This was pretty painful for the second racer of Mercedes, after his car lost balanced he was forced to brake in ugly manners. The one to take advantage of this was Verstappen and after a fierce battle he managed to land second – yet not for long. There were ten more laps to go, when the car no. 33 got a fault and therefore he failed to land second on the podium. The safety car followed implying a series of more than interesting events: After having the tires replaced, George Russel smashed his Williams car to the wall, thereby further extending the not so long break. In the meantime the pitlane witnessed several interesting events: While braking Stroll drove over a mechanic. This possibility was exploited by many puling to the box. So did the sensationally racing Sergio Perez as well, who resumed his race from the third position. 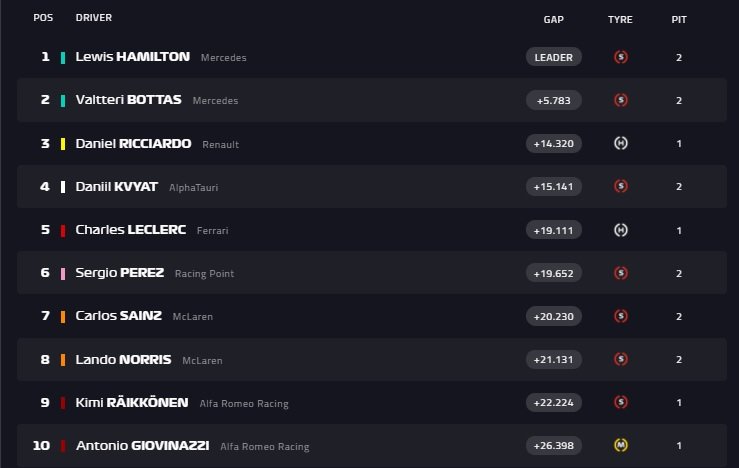 Following the restart, Hamilton and Bottas were closely followed by Ricciardo and this situation seemed to persist during the last laps. Perez and the others focused too much on tactics and therefore they remained behind. The Alpha Tauri driving Daniil Kvyat drove a great race and landed fourth, with a slight hope for the third place on the podium. Contrary to the mix-up the drivers’ order remained the same, Lewis Hamilton and Valtteri Bottas managed the double victory and gave birth to a new Constructor World Champion title. Special congratulations to Daniel Ricciardo, who landed third and brought the podium to Renault! We would and yet would not like to be in Cyrill Abiteboul’s place…