Eleven years is a long time. That is how long it’s been since the Spaniard left his old stomping grounds behind to try his luck elsewhere. Now, he’s back to settle his unfinished business in Formula 1.

We witnessed the first, symbolic step of this new venture in Barcelona today, where Alonso made a few laps with this year’s Renault during a film day. After the day’s work, he happily recounted the experience:

“Although I only did 100 kilometres, it was a very special feeling to sit in an F1 car again. For now, the car was better than me, it was my master, rather than me mastering it, I wasn’t really able to push it, but I felt great. It was a serious challenge after all these years of absence, finding my way back, but I was getting better with each lap, and I tried to give good feedback to the team. It was hard work, a physical strain as well. We’re only at the start of the road, many small things, which are natural at such times, still have to be corrected, but I feel the potential in the car, there’s a lot of chances for improvement. 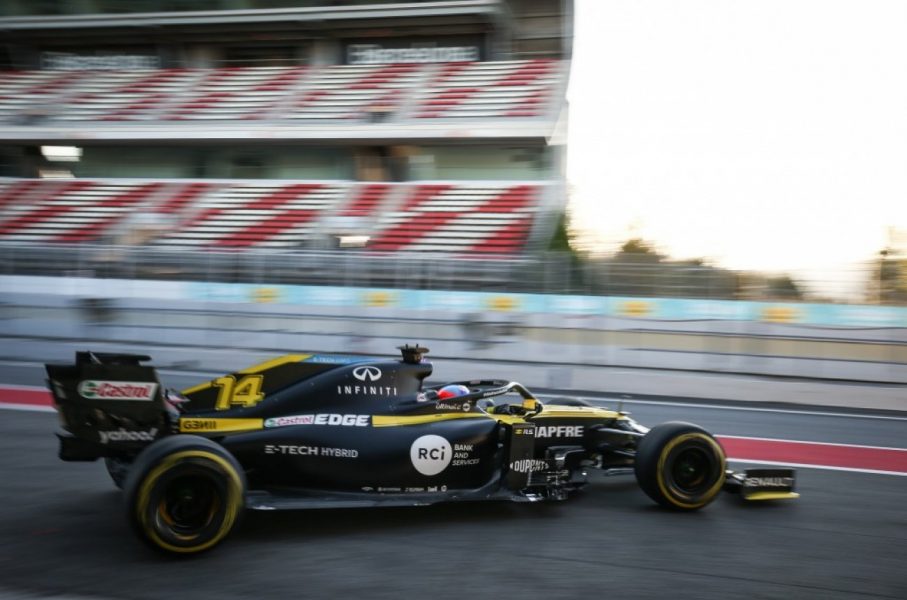 The weekend was also a good reminder of what results it can achieve. Recently, I have only driven Dakar Rally and IndyCar technologies, and now F1, and these three are very far apart from each other. But since I’ve always been doing F1, I’ll get the hang of it pretty soon.”, said Fernando Alonso, giving the critics a few things to think about.