The Turkish Grand Prix was a parade indeed, yet without any surprise, since the winner was once again Lewis Hamilton. The interesting factor was high before the race started, because the ring was under water.

Lance Stroll and Sergio Perez had a great start while the racer with most chances during the weekend, Max Verstappen, had to fight against some ugly engine problems. Daniel Ricciardo had a good start, yet conquering any positions was impossible for him and his attempts resulted in a small accident, causing the spinning of Valtteri Bottas (as well), who because of this landed at the back right after the first curve. In the meantime Hamilton took the lead conquering the positions one by one. The two main questions dominating the race was the replacing of the rain tires to intermediate tires and then (Possibly) to the slick tires. 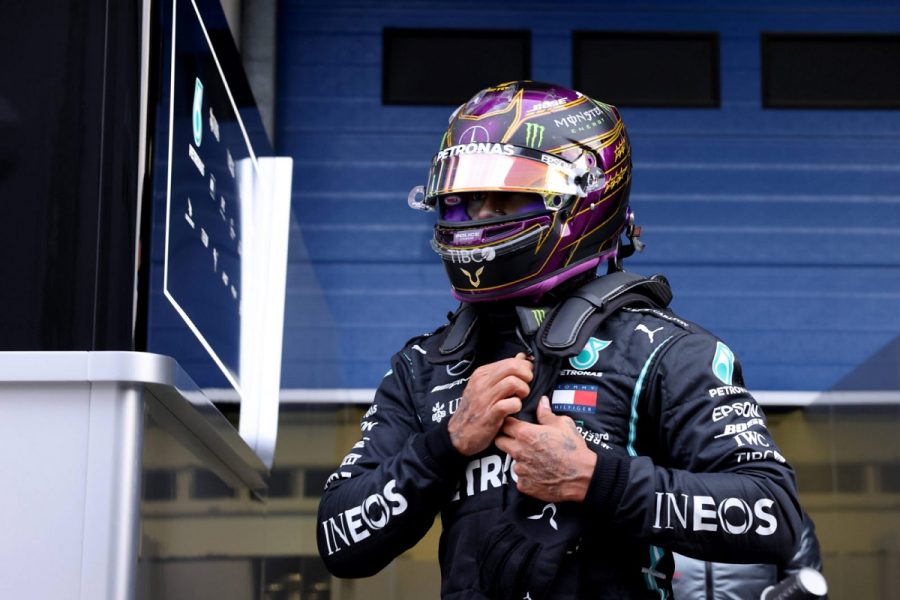 The first part of the race was dominated without any doubt by Racing Point, whereas Verstappen and Sebastian Vettel also showed strength and performance, thereby leaving the impression of having something to say in the battle for the podium. Following the first ten laps a turning point occurred within which the Dutch racer was disadvantaged and drifted.

In the meantime the second Ferrari also started flying and Charles Leclerc drove a great lap, however the chaos following the replacing of the tires was won by the seven-time World Champion that is by Hamilton. True enough, luck has nothing to with this, but the outstanding self-confidence of the British driver, who managed the circumstances with unique professionalism. He climbed lap by lap until due to Stroll’s ruined strategy and to his own good tire managing capabilities he managed to take the lead. Many of the racers failed to copy correctly this strategy, thereby fighting serious battle son the drying ring, while trying to keep the warming intermediate tires alive. Seeing the inability of Bottas to run a good race was spectacular and it said a lot, and it became obvious the moment Hamilton overtook him… 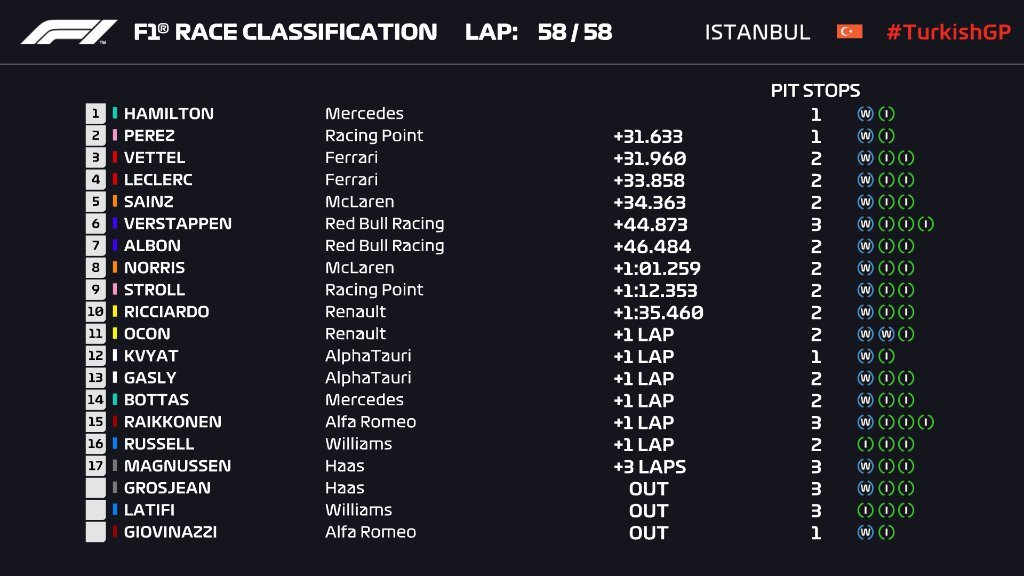 During the race Stroll and Verstappen totally disappeared thereby losing their chance to conquer the podium. Sergio Perez and the Scuderia Ferrari were flying high. Perez managed to keep his grid position and by applying continuity he managed to take a leap and to finish the Turkish Grand Prix second. However the real show was behind him. In the last two curves Perez attempted to exploit Leclerc’s hesitation, however he failed and Vettel overtook the position quickly and after a long time he finally managed to be on the podium again.

It was an epic battle and a fantastic afternoon, a truly suitable closing of the 2020 season, won by the classic performer Lewis Hamilton – who silently managed to reach Michael Schumacher’s so far unbreakable record…