Friday’s circumstances were against the racers, however Saturday was truly against them during the third free practice. Yesterday’s adherence problems were followed by today’s rain, which made the racer’s life even more difficult.

The night was pretty surreal, the organizers decided to run usual cars on the ring in order to identify the right bow. Then it started raining… During the free practice the racing structure broke apart, there were situations when the distance between the first and the fourth racer was even of 5 (!!) seconds. 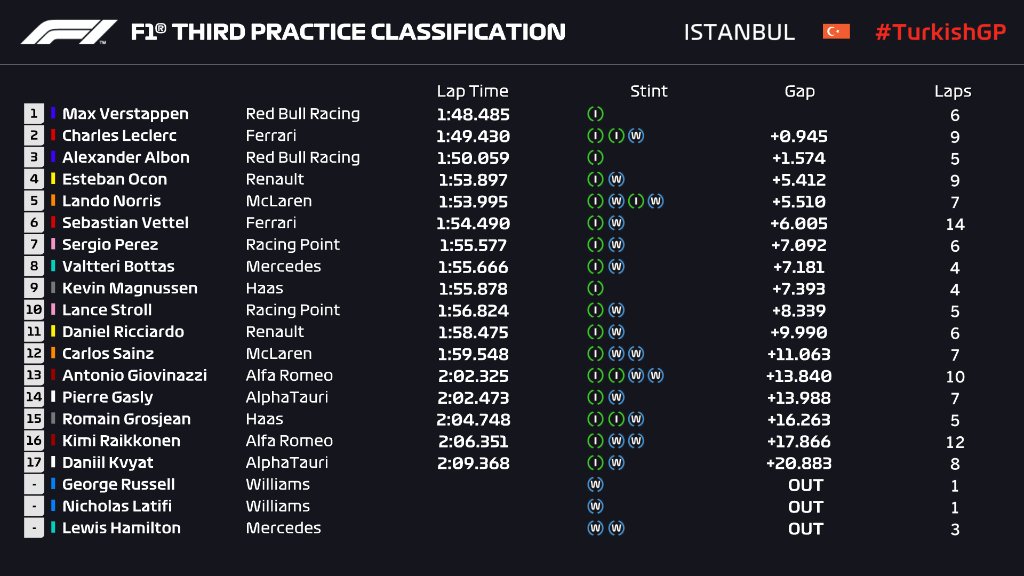 These bad conditions affected the working morale as well. Sebastian Vettel ran the most laps, yet he could not go beyond 14. The others ran only formal laps, fearing that they might lose control and destroy the cars before the qualifying. The most courageous and the fastest was Max Verstappen, however Charles Leclerc proved his might once again. Serious qualifying expects us in Istanbul…