After 2011 The Formula-1 returned for the first time and for a while most likely for the last time in Turkey, where the racers have already finished their first two free trainings. Based on what we have seen they could have performed well in the Turkish drift arena as well…

Never seen (Lack) of adherence and lack of any professional efforts – these are the characteristics of the first free practice won by Max Verstappen. The racers waited for seventy minutes for the recently covered ring to get better, yet the last twenty minutes did not bring anything new. It looks like the teams cannot count for help when it comes down to the tires to be used. 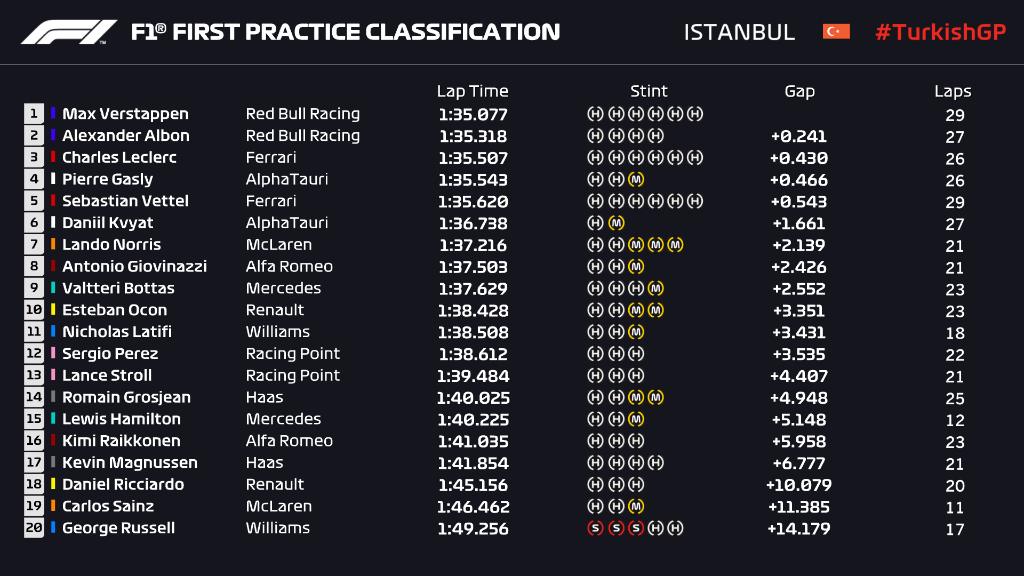 The circumstances improved significantly during the second run, yet the racers were still very far away from the times obtained back in 2011. In the middle section Alexander Albon overtook the lead, at half time the soft Pirellis were mounted, helping Charles Leclerc to overtake the lead. After the Ferraris and the Red Bull Racing cars battled for the first position, then towards the end of the practice Verstappen ran the ‘reference time’. In a very interesting manner, contrary to the difficult situation no significant incidents occurred, the practice being stopped either because of the hitting of a buoy or because of the yellow flag. 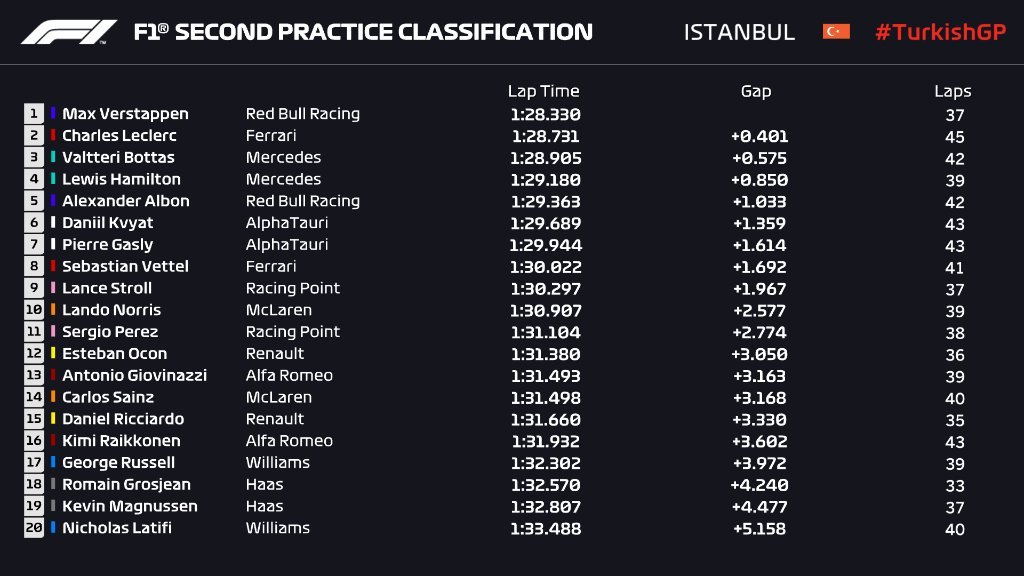